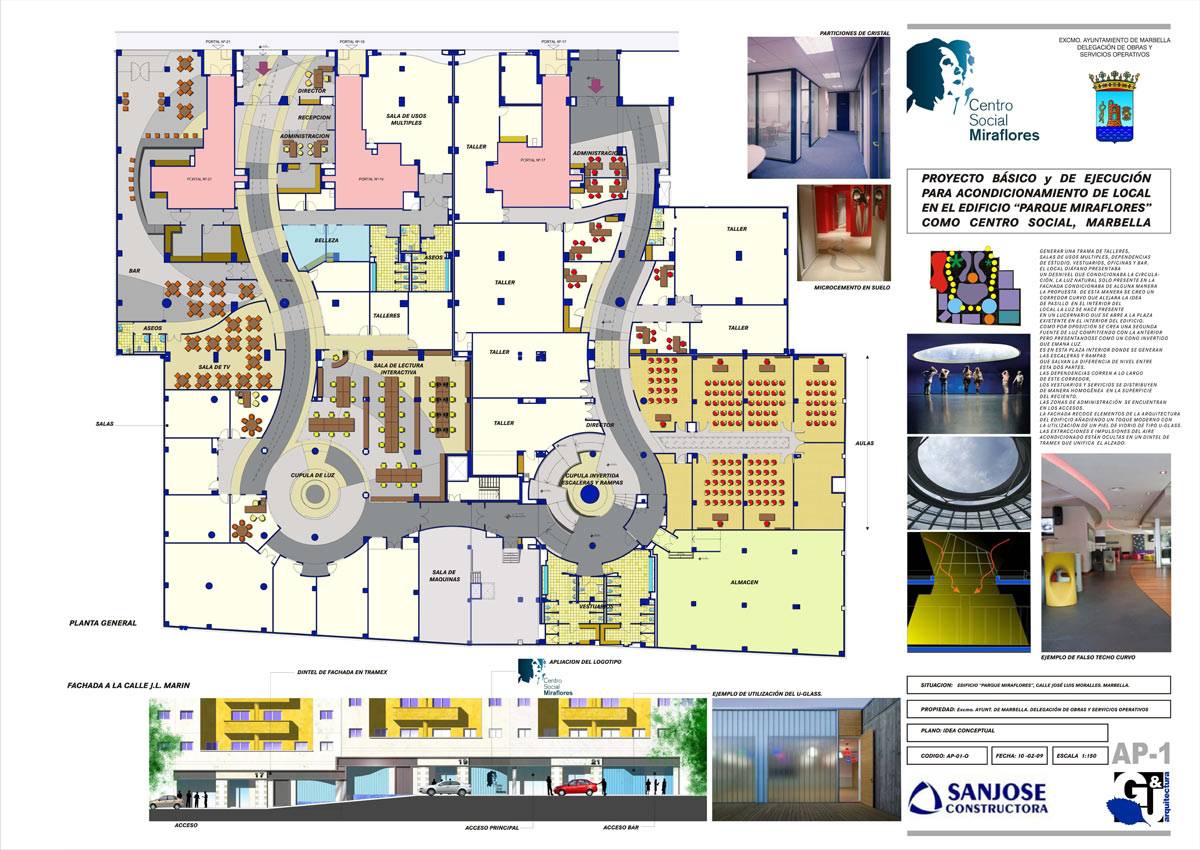 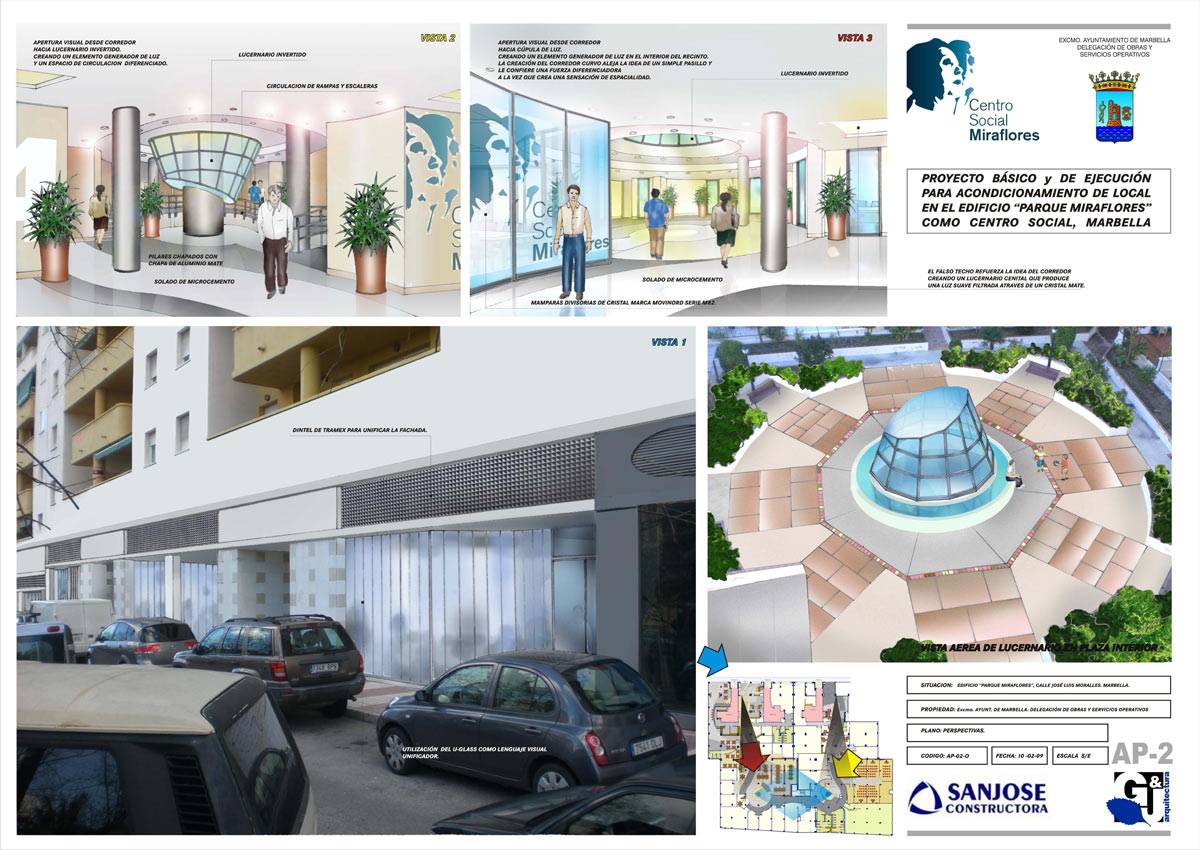 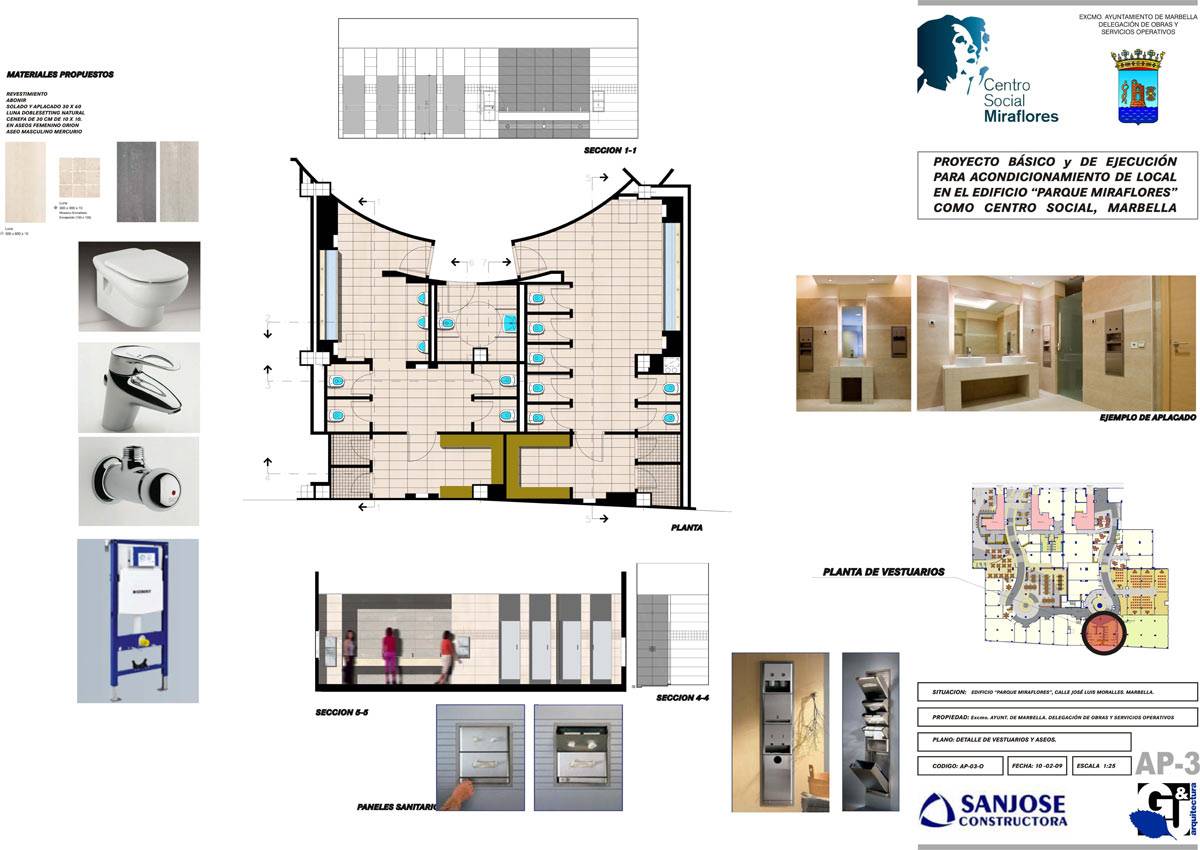 This gave the necessity to create a curved corridor that moved away the idea of an corridor inside the local. The light makes it presents through a skylight that opens onto the square from the inside of the building. As opposed is created a second light source to compete with the previous one but appearing as an inverted cone that emanates light.

It is in this interior square where the stairs are generated and ramps that save the different levels between the two parties. The units run along this corridor. Changing facilities and services are distributed evenly across the surface of the enclosure.

The management areas are located at the entrances. The facade includes elements of the architecture of the building by adding a modern touch, using glass skin, like the U-glass type.

The extraction and air conditioning are hidden on a lintel of Tramex unifying the elevation.

SYNOPSIS PROJECT BY THE INTERIOR DESIGNERS IN COSTA DEL SOL:

As a good exercise of interior design, everything should be based on a solid project idea. And this is what happens in this case on Costa del Sol, Marbella. A series of problems show up like the fact that the natural light only appears in the principal façade and the entire project develops in a same level but with some unevenness. The challenge consists in turning the problems in favor of the project and tries to make the natural light go to the interior areas. That’s how interior design converts into protagonist in this process, taking care of every detail to reach excellent results. In plan we see how the curve line mixes with the straight line breaking the monotony that a long corridor can provoke. The idea of a succession of spaces treated in different ways give strength to the corridor and makes them more interesting. Until the smallest details are taken care off In this community complex in Costa del Sol, Marbella. The bathrooms have been designed with meticulousness, choosing each piece of taps, sinks, baths, etc. Each element adds to the complex to reach the pretended image given by the architect. The facade also helps to make the interior result be better, moreover it refers in the majority part with the translucent glass, allowing the natural light go through but not allowing to see the activities which can be done in the insights. They are Just only insinuated. All these glass parts are under the Tramex lintel which lodges all the installations.