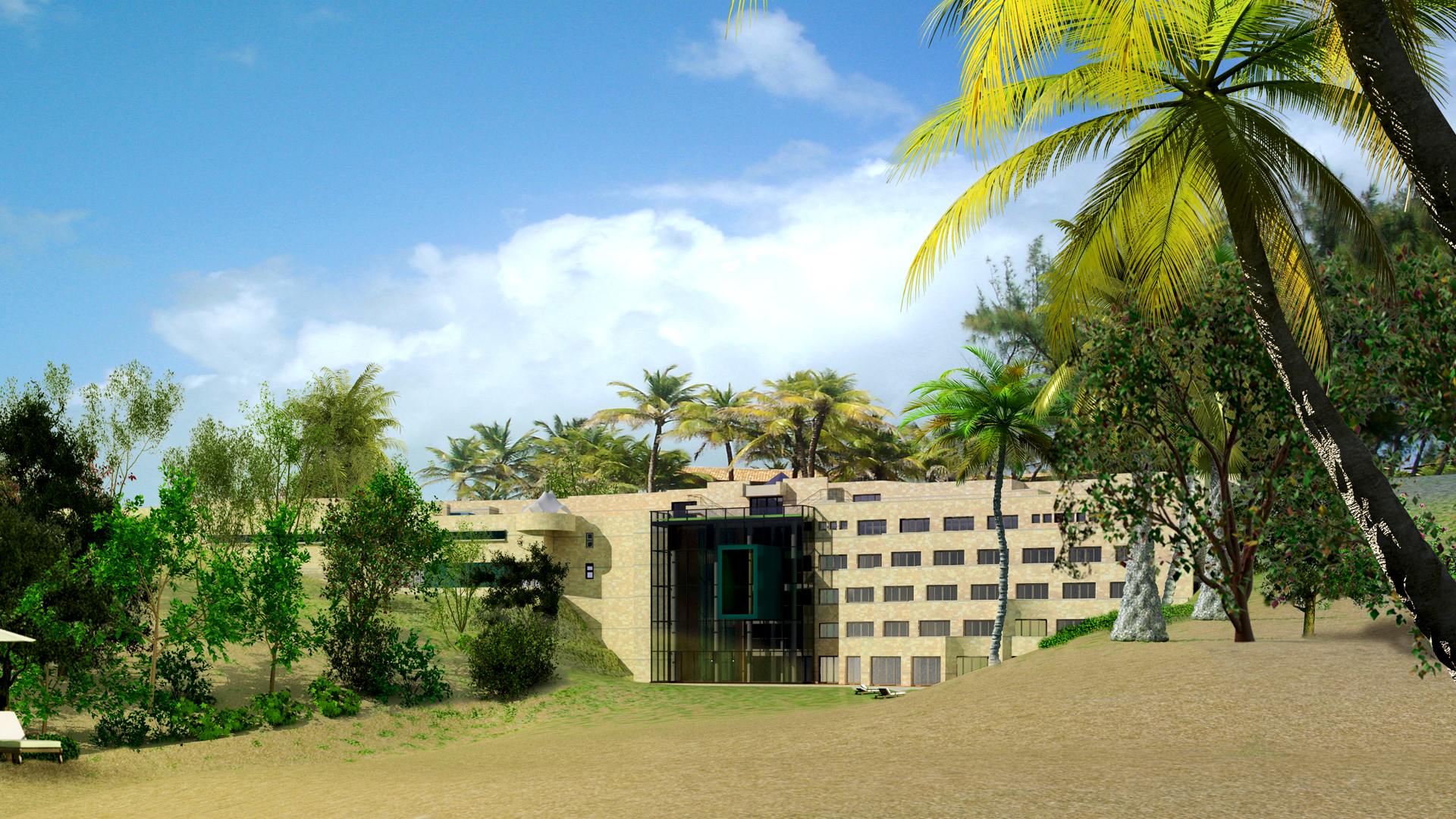 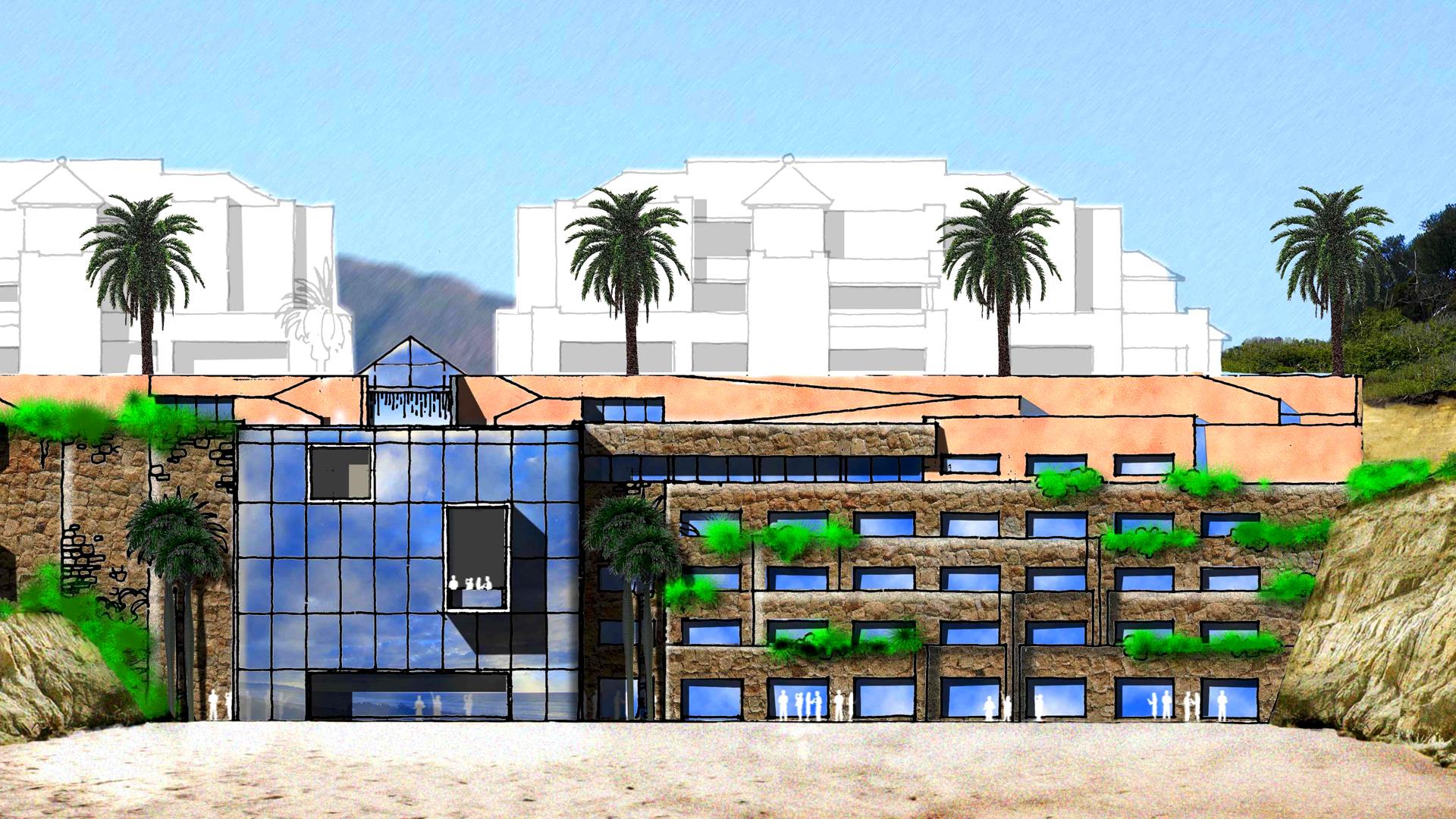 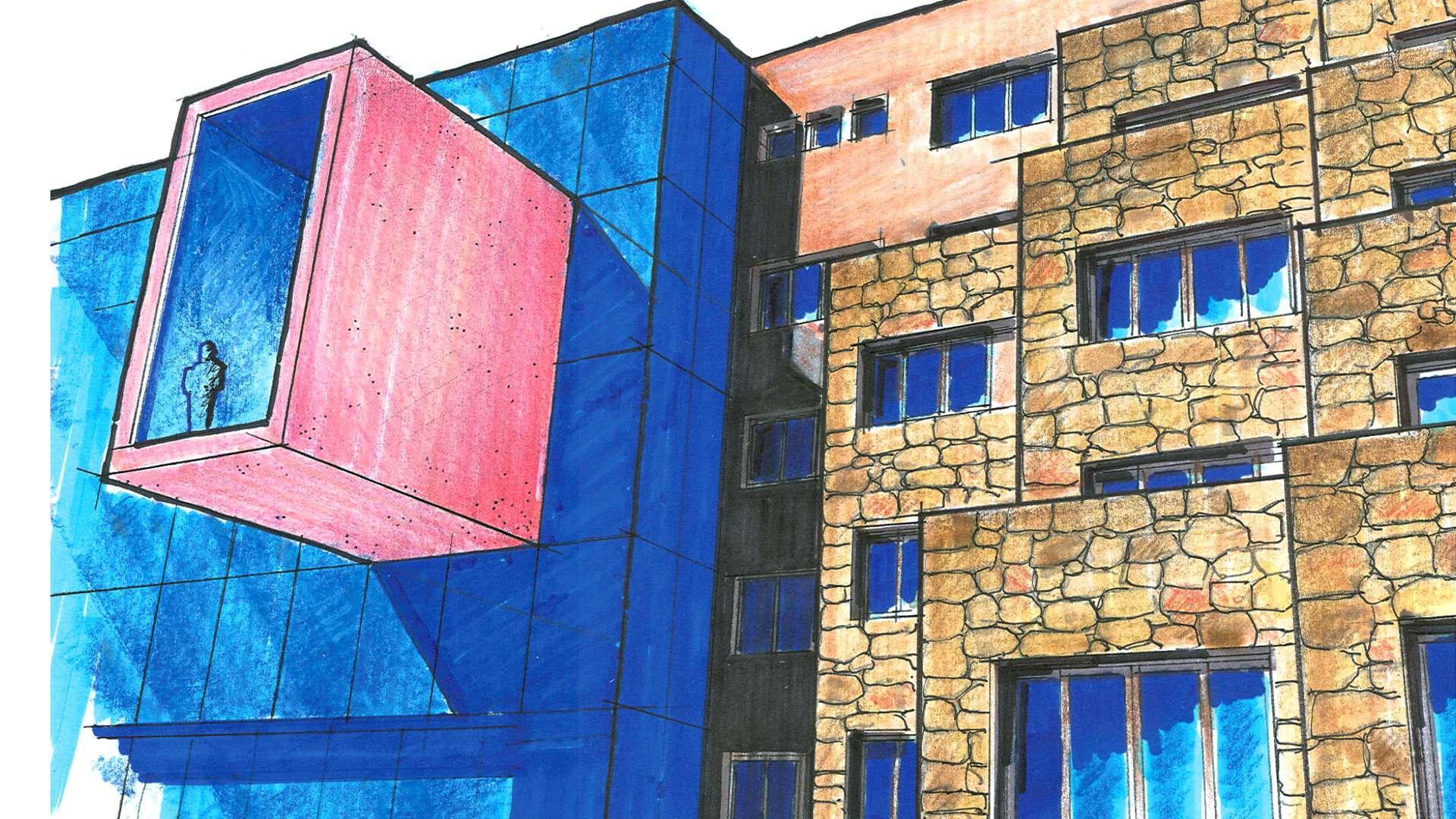 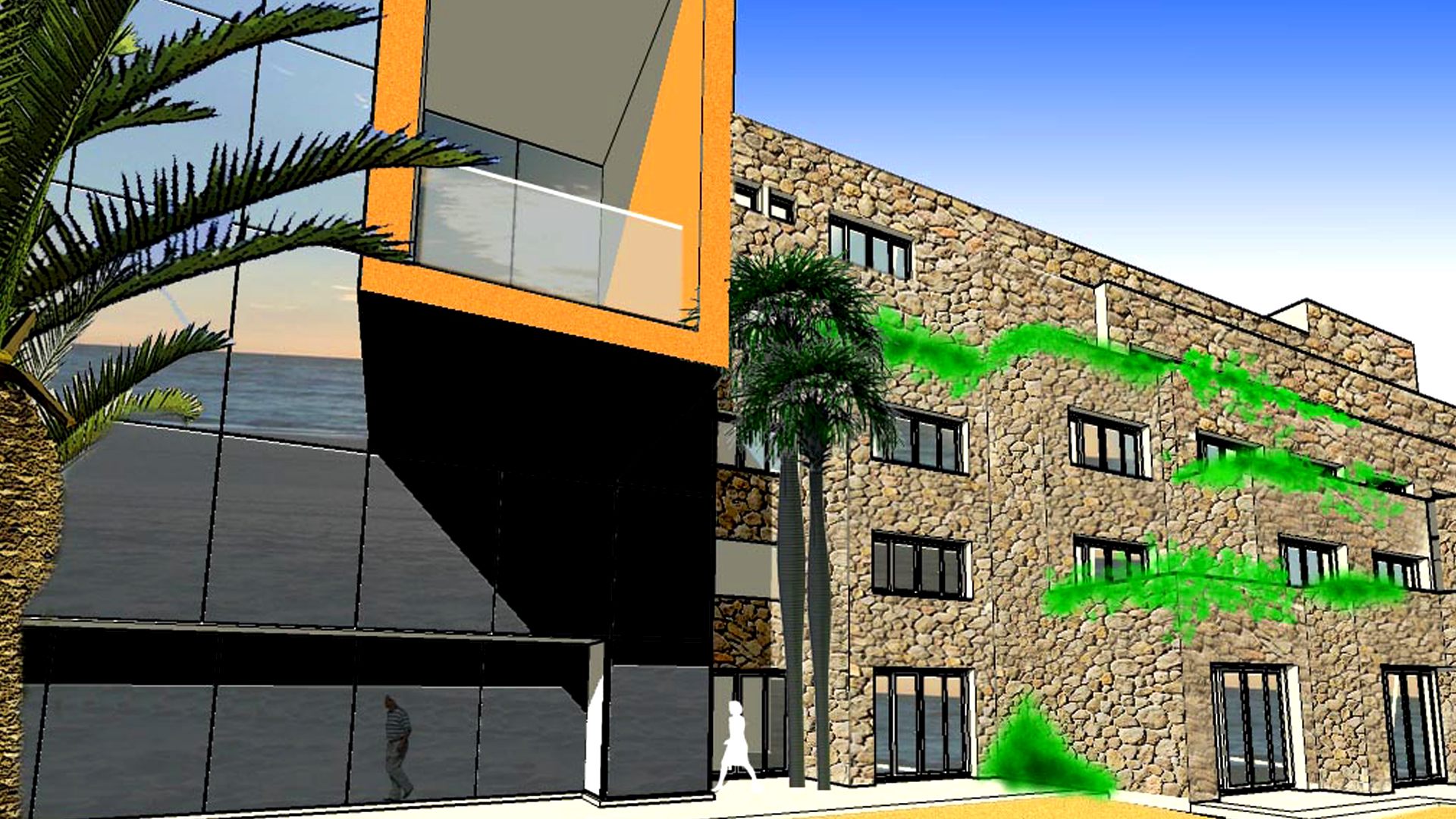 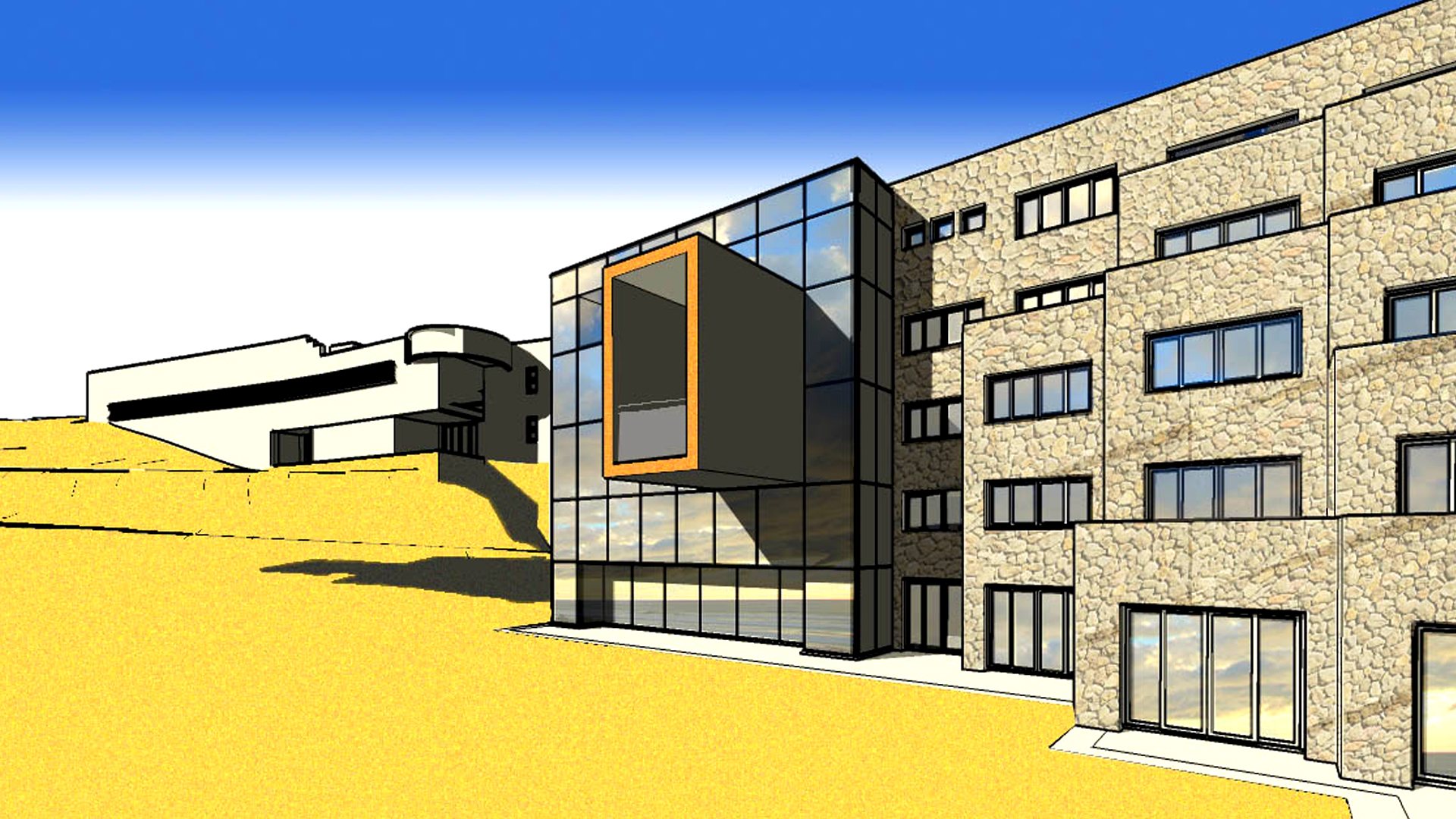 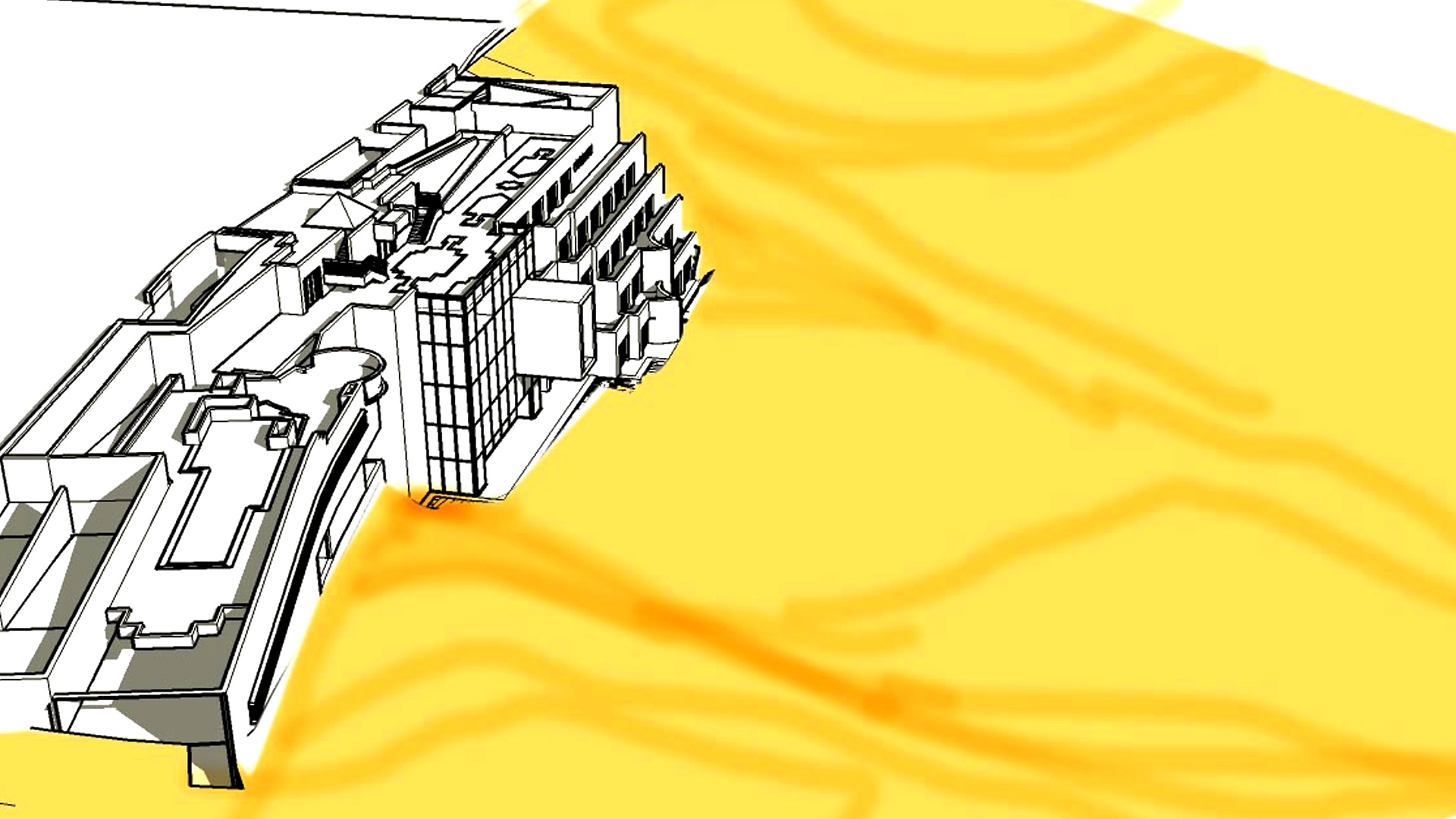 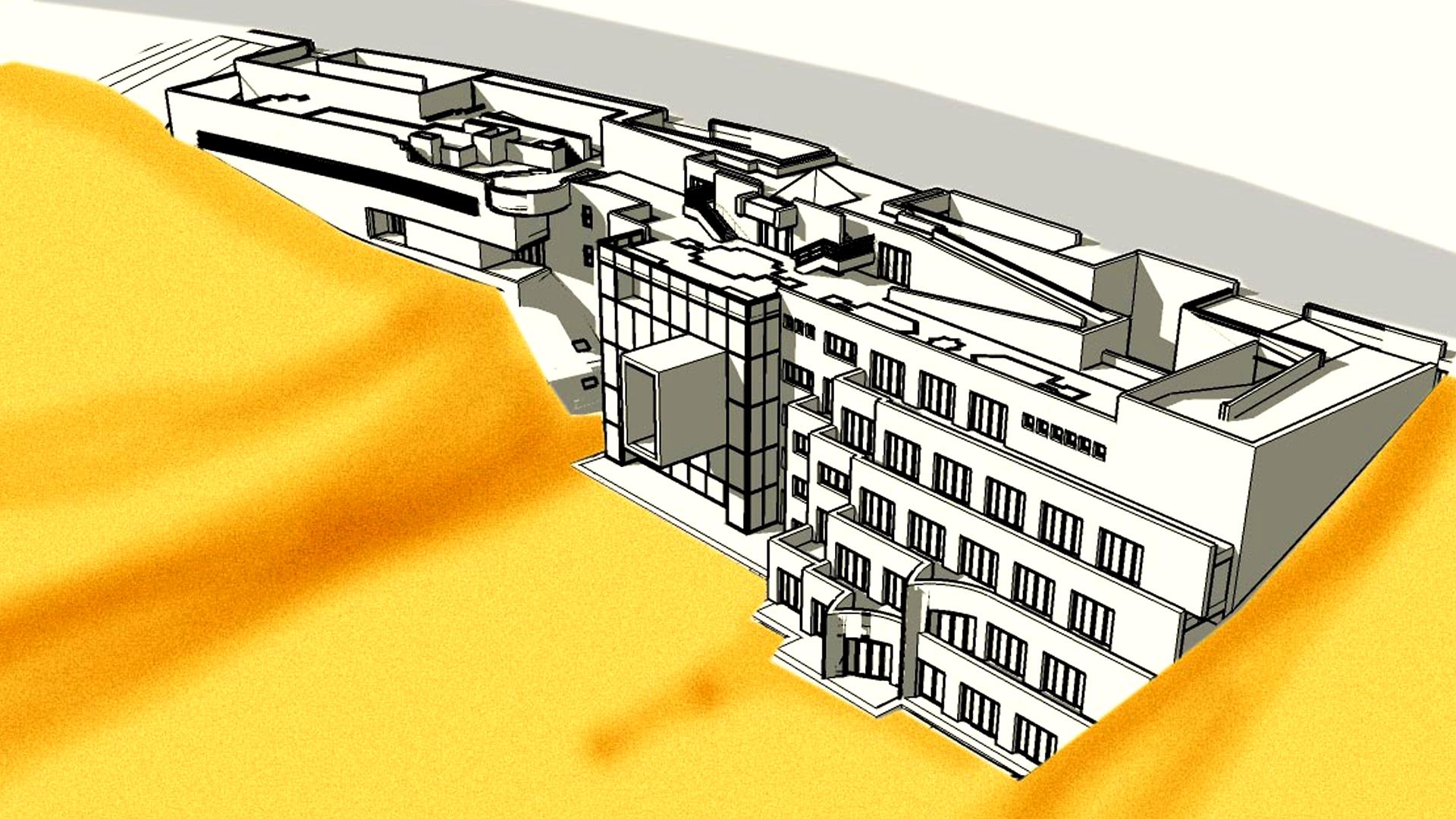 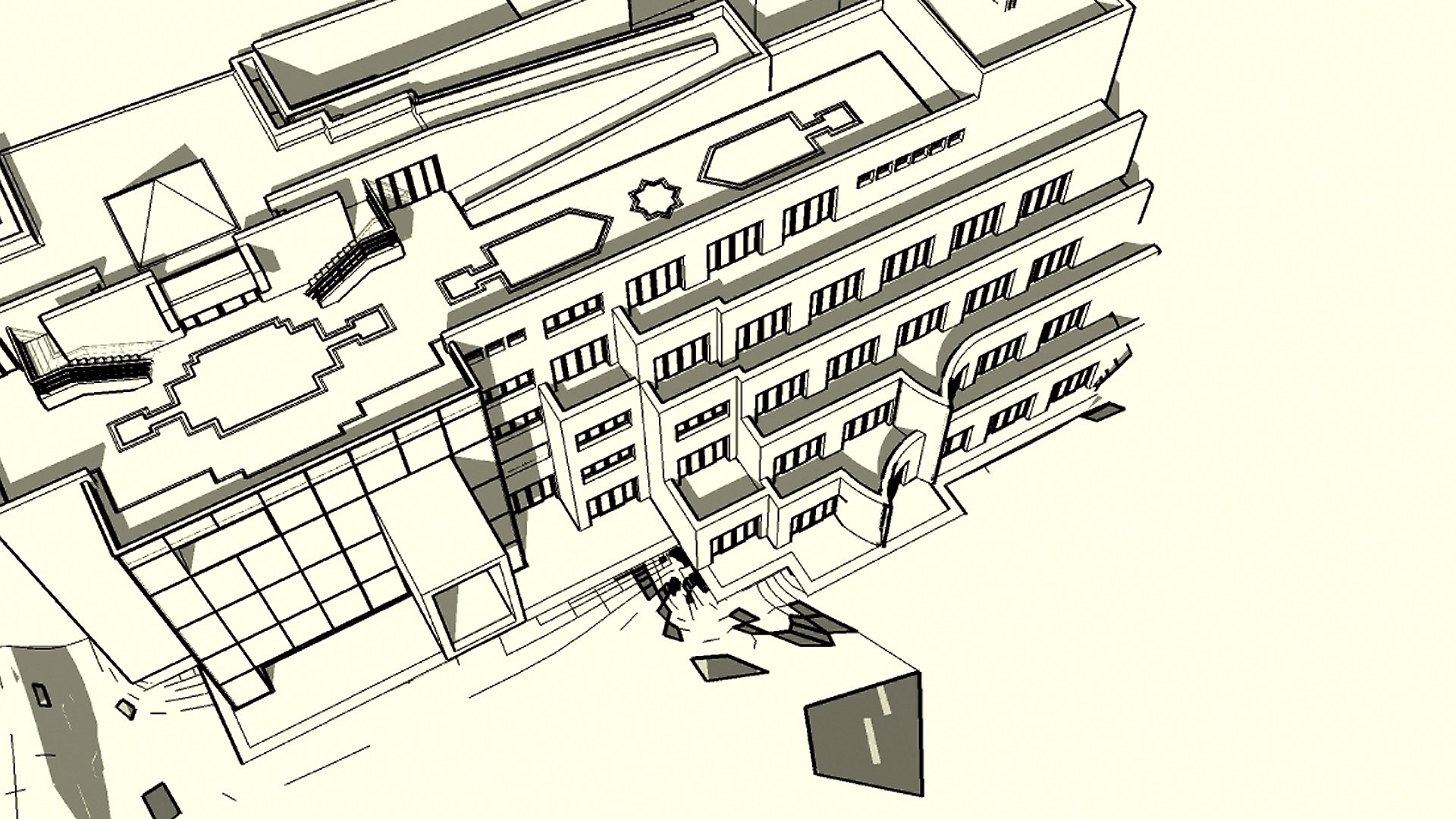 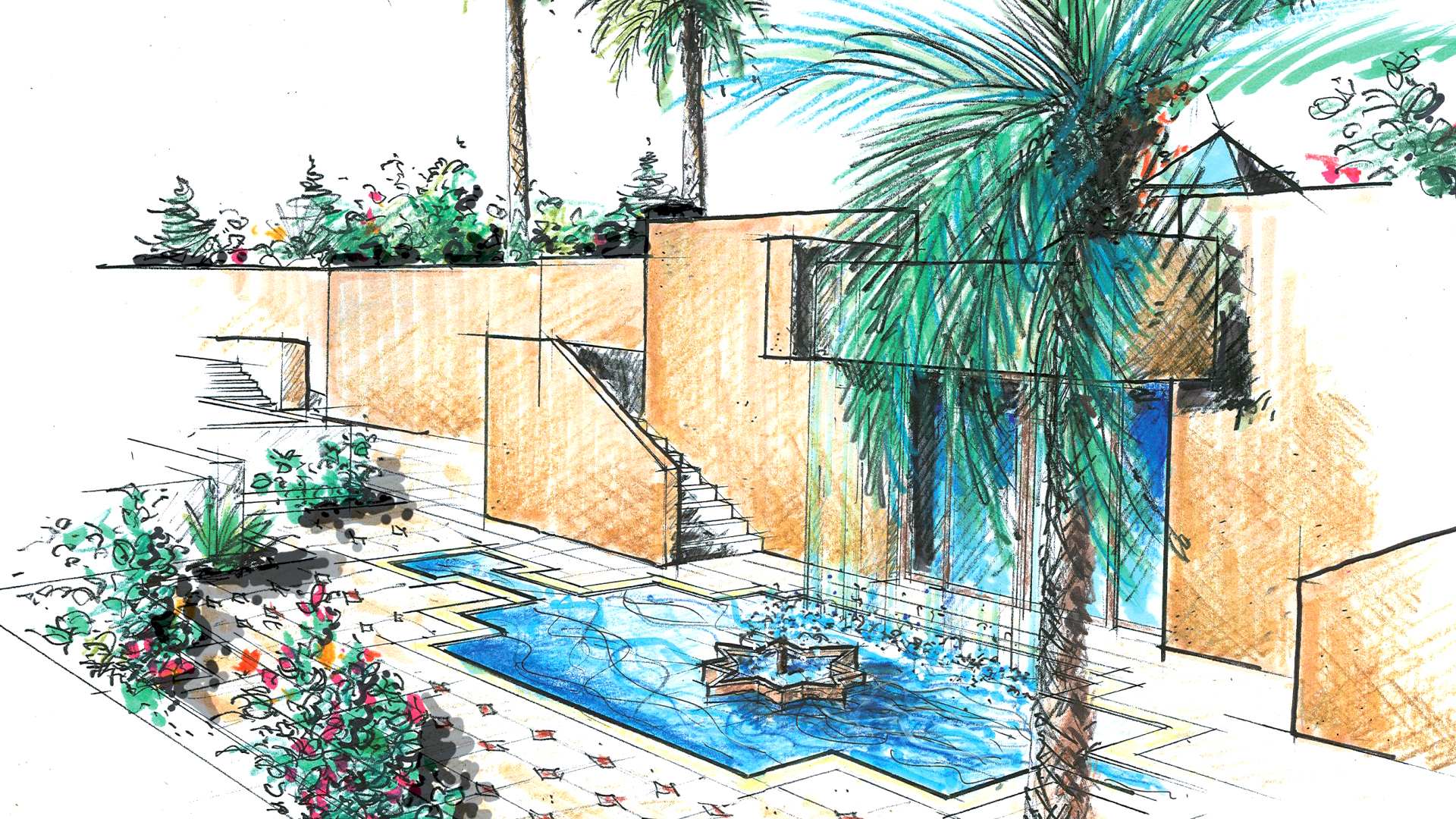 Project for a hotel with sea views on an area of 2,235 M² and a total computable built area for building purposes is 7,850 M².

The total constructed area of buildable computable purposes is of 7,850 M².

The main idea was to create a building that does not looked like an intruder in this environment, while it seems to be resting between cliffs and open its way to the sea and joining the existing topography of the place.

On a cliff overlooking the sea, creating a wall to serve as an amphitheatre for contemplation and relaxation. A stone wall camouflages the building in its implementation on the environment, a glass wall reflects the landscape and allows it to disappear as mimicking the building.

Such a privileged location could not be missed. It should be noted that being in a raised area and near the sea, the panoramic views that are exceptional. For what was intended at all times that the hotel was opened to the sea and to its views.

A fascinating project, because of the complexity in its implementation and its avant-gardist idea. Its original integration with the landscape, the extraordinary and versatile volume fragmentation and the bold layout of the complex makes it a paradigmatic project.

SYNOPSIS PROJECT BY THE ARCHITECTS IN MOROCCO:

These architects in Morocco have come across to the challenge to intervene in a very particular and special attractive place: next to a cliff and first line beach in Tangier in Morocco. These characteristics have condition the project making it even more attractive and singular.

The complex doesn’t elevates over the cliff, respecting the views form other hotels which are over of its own. Thus, from its position everything is projected with the intention of bringing out the maximum of its spectacular . To take advantage of the spaces and not extend in flat the pools are located in roofs.

The architects have designed the building as pieces that are adapting to the different contour elevations which are climbing next to the cliff. They have chosen the materials in an intelligent way, playing and entering in a dialogue with the surroundings. The stone helps to integrate with the cliff and glass reflex.

The façade grimaces as a very significant prism like a flying balcony , projecting a large shadow. This element contributes to complete a façade with lots of movement because of the changing play of lights and shadows.

The development of the different hotel rooms typology complete in a very elaborated project. Rooms designed so that the access isle run from the front face of the cliff, allowing all rooms open to the sea. Common hotel areas are located at the top of the complex.