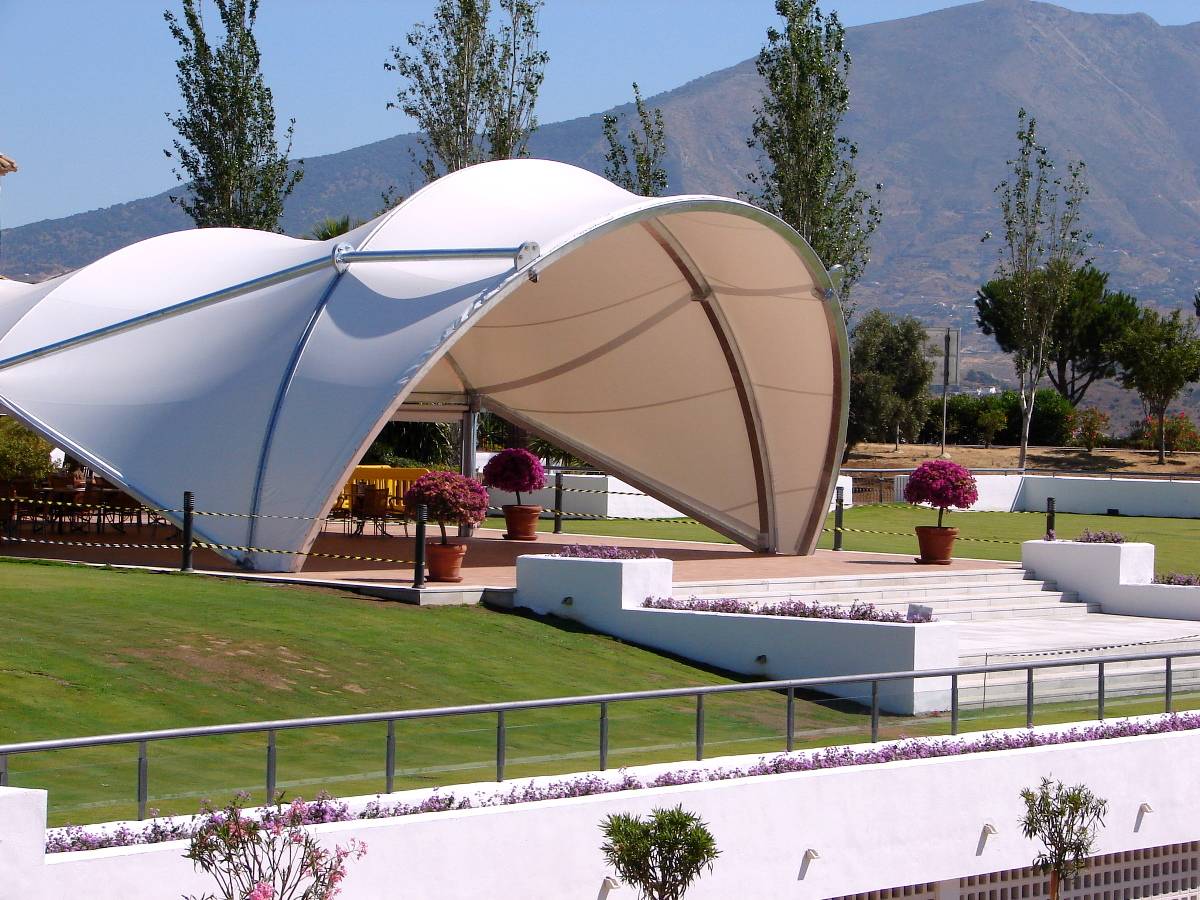 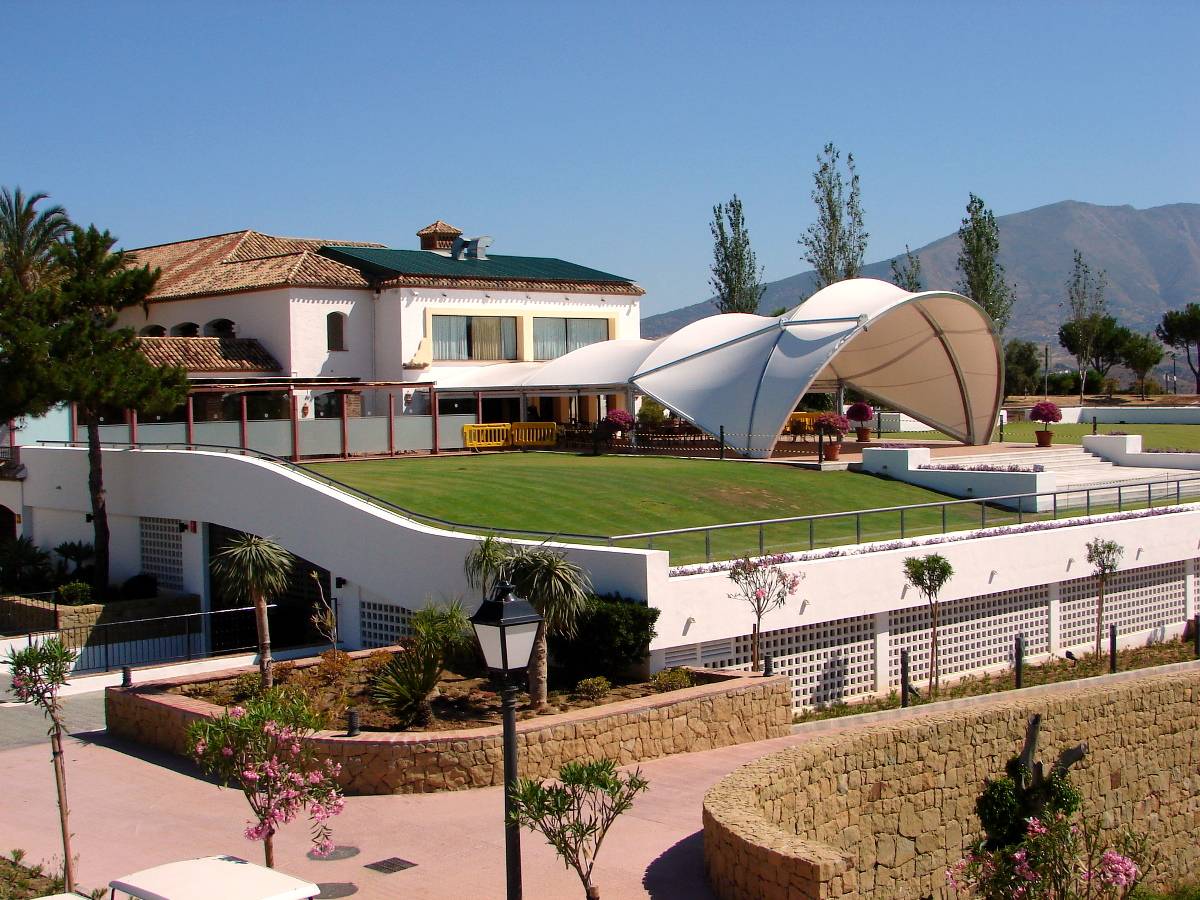 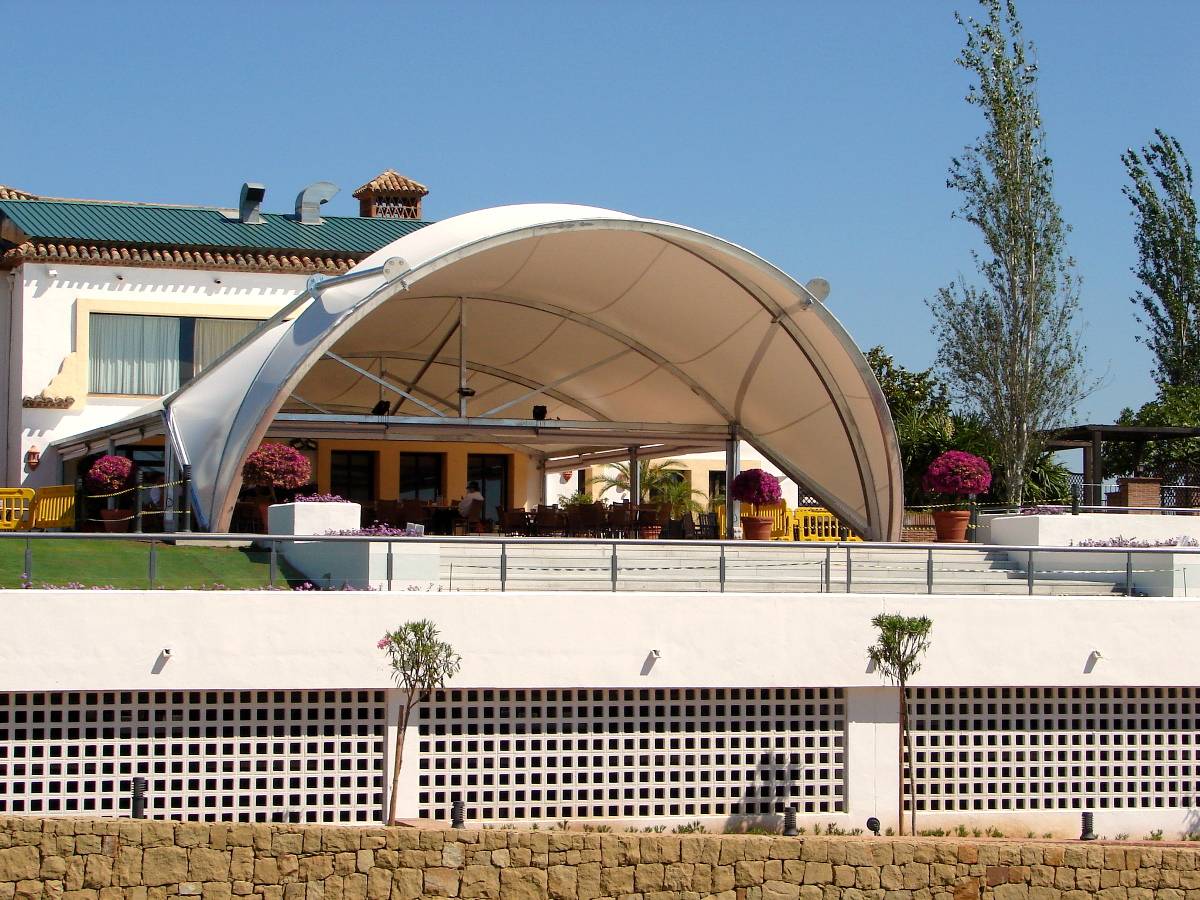 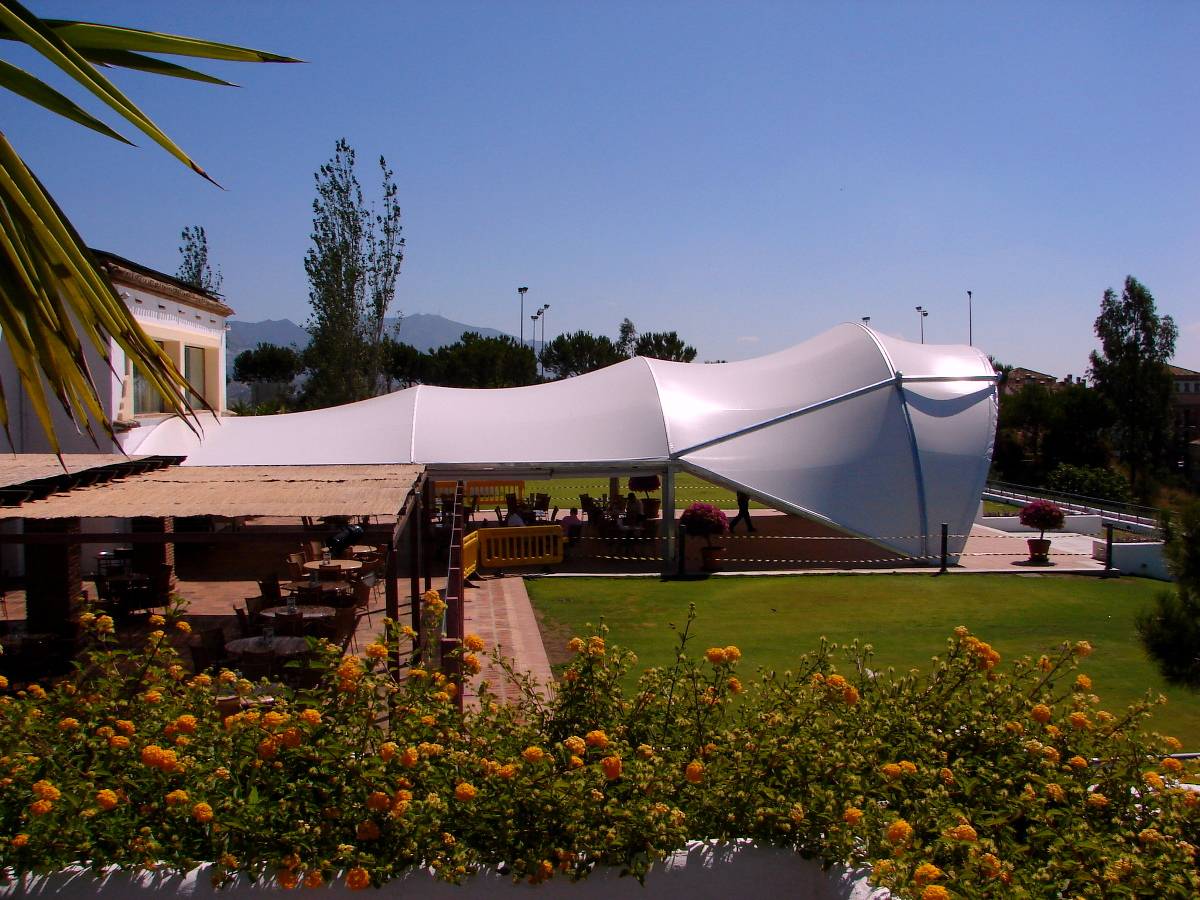 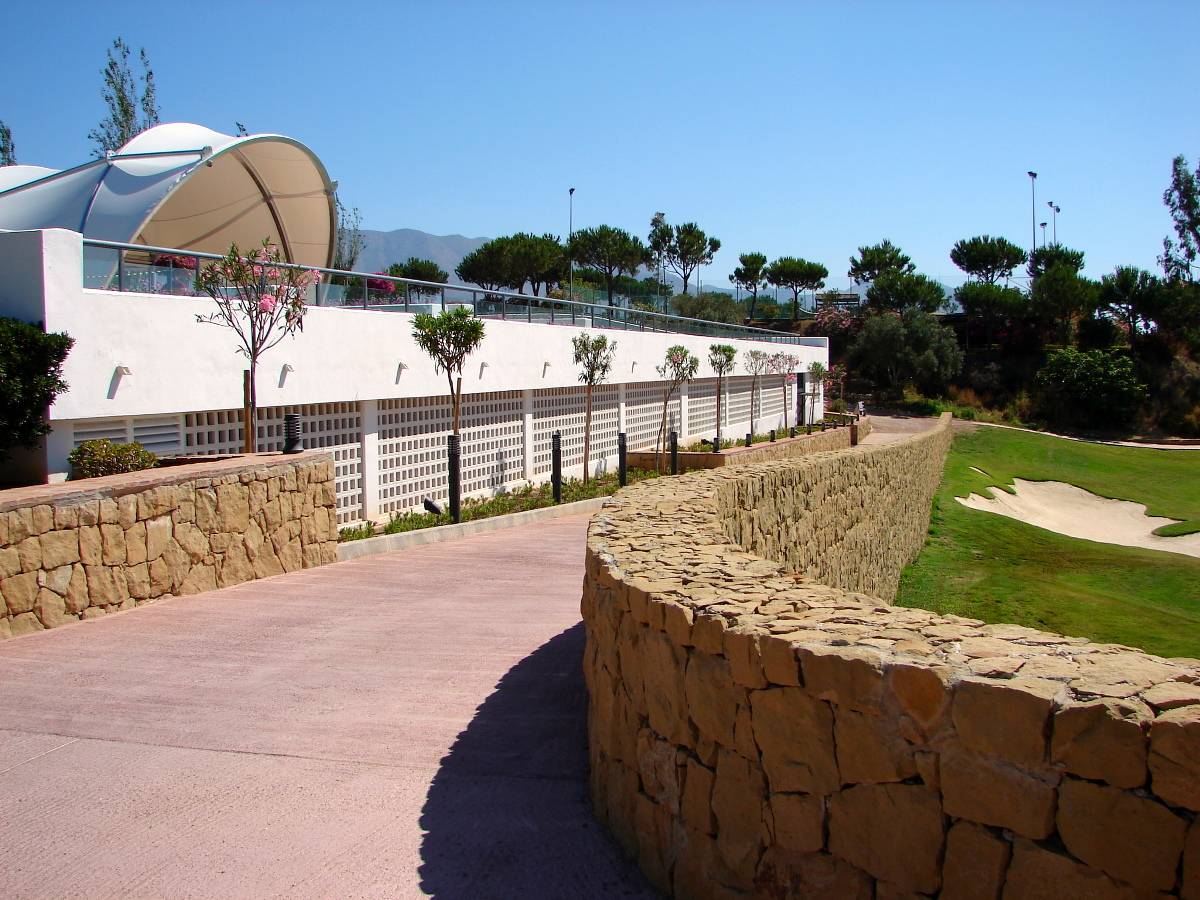 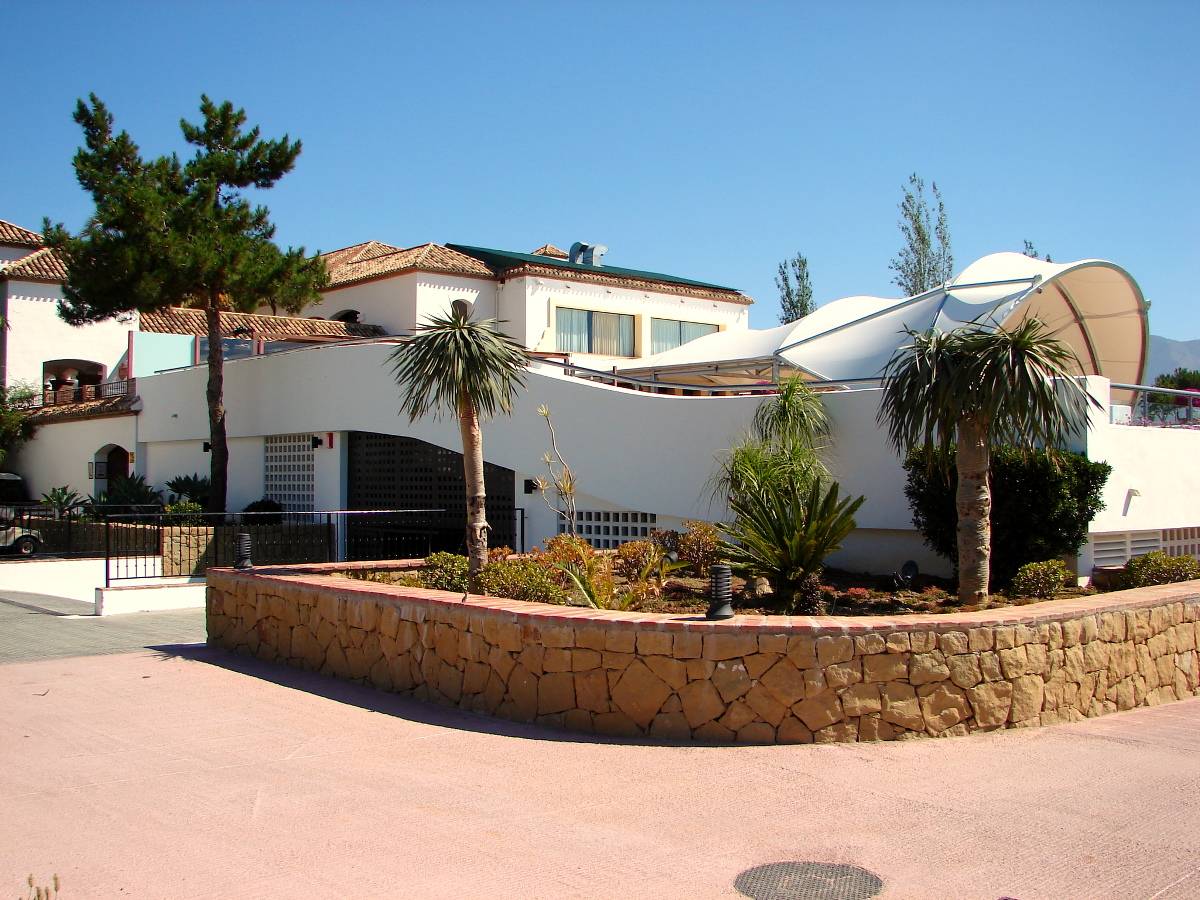 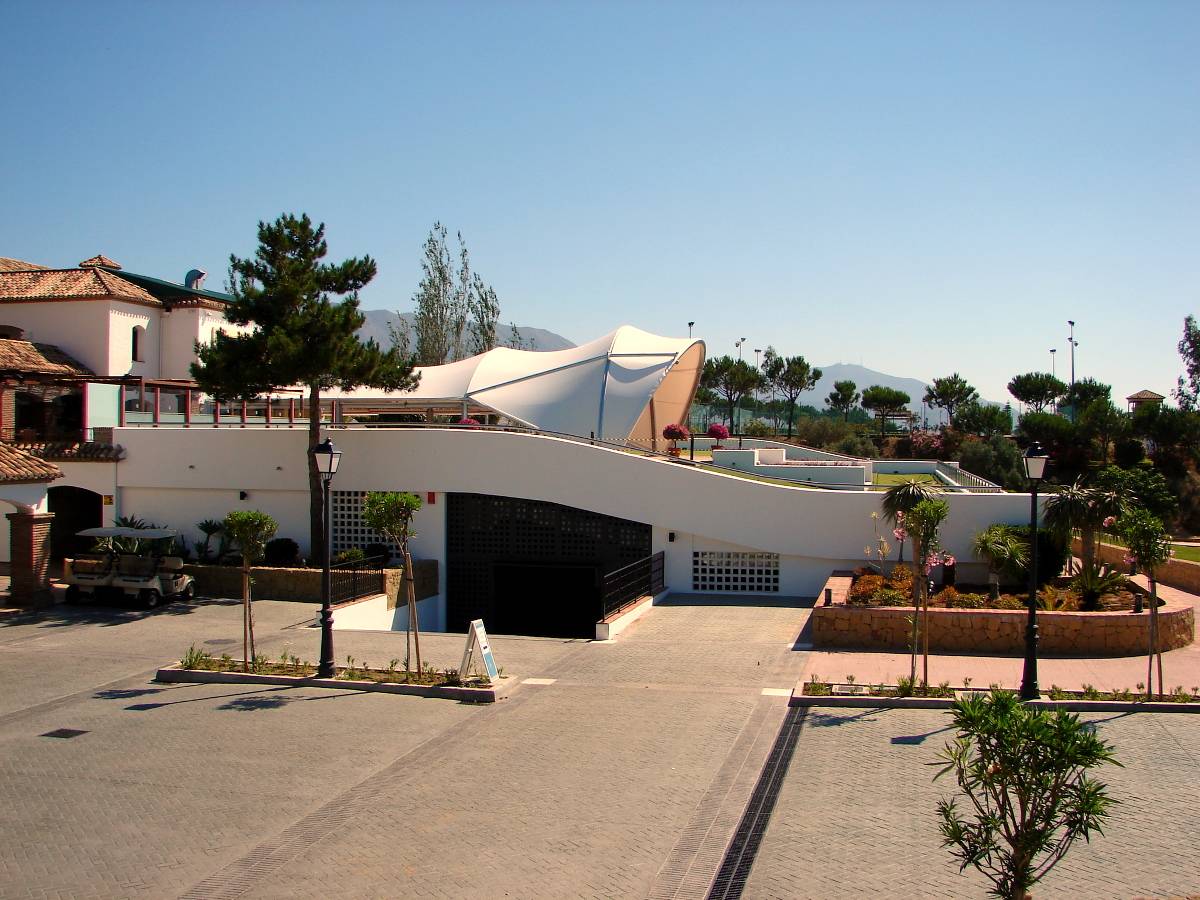 REFORM AND EXTENSION OF THE LA CALA GOLF BUGGIES WAREHOUSE

The constructed area is 2,091 M² at basement level and the same built area is for the open terrace.

The project of this renovation and expansion will be undertaken in three phases: Phase I. Stage in which we focus at first in the construction of a covered parking area for golf boogies in Costa del Sol.

These covered parkings will be located at the southern end of Level 3 (in front of the existing changing rooms) and will have a warehouse, a workshop and a washing area for the vehicles in question.

This area can be accessed through two entrances: one on the extreme southeast and the other provisions of the West Wing. Furthermore, over the parking coverage, will be extended the restaurant area with a large tent and garden in almost its entire perimeter, overlooking the hole 18.

This project updates trends and summarizes vernacular sensations accommodated to modernity. The graceful brick volumes alternate, compartmentalized and irregular in height and dimension in order to break the uniformity of the façade which gives the building a cluttered figure, very disordered in appearance but very attractive in its presentation, which evokes an architecture of contrasts.

La Cala Golf in Mijas, Malaga, Costa del Sol needed a closed Storage for the buggies, so we started to work on the project. The area will provide an extensive curved garden partly covered with an elegant semi-tubular tent. The complexity of this intervention is given by the fact that the project is part of an already built area.

The architects have had the ability that this new expansion for Cala Golf Club would be fully integrated both functionally and aesthetically to the existing construction. The garden built on the roof of the storage room gives a new dimension to the initial image of a basement full of buggies. Its curved shape contributes to a contemporary image full of dynamism, chaired by an ample staircase giving access to the terrace and restaurant.

The connections between the different levels in the project are resolved with gentle ramps. Thus, the connections are fluid and the passage from one level to another barely noticeable. A stone wall is used to form another level of gardens and vegetation softens the visual impact the highest wall can have. Nothing is left to chance and every detail has its role in this complex project, seemingly with simple image.

It Is architects credit to convey the curved design the serenity that is breathed in these environment. The Knowledge of the existing building and its areas because of previous work of reform, has helped designers to understand and execute in the best way the intended idea.