The land on which we operate has a surface 519 M²

The total constructed area is 181 M² above ground.

The mayor com-positive system throughout architecture history has been the classicism. The order, the axial symmetry and the proportion, remain in the cultural heritage as essential elements.

Emilio's house is pure delight for the senses. The simplicity of its elevation, the frankness of its forms, the delicacy in the treatment of textures,the elegance in composition, form a fascinating pattern reminiscent of those places of engaging and touching worship presence.

SYNOPSIS PROJECT BY THE ARCHITECTS IN MALAGA:

Emilio’s house is a detached property built in Alhaurin de la Torre, Malaga. This house is based on an architecture of pure, simple lines, where the beauty lies in the simplicity of its designs. Composed of a single volume and a large ceramic tile gable roof.

Stand on its front and rear façade three holes located symmetrically and with elongated proportions, upright and emphasizing axial skeleton and harmony that transmit the elevations. The vertical edges of the prism that compound the house are finished in bricks, giving the feeling of being four large pillars that support the roof planes.

The front and rear elevations, despite maintaining a strong similarity between them, have different characteristics while being oriented differently. The façade facing the street is flatter, lacks of depth. However, in the rear façade the deck and framework fly to create a covered balcony and a porch, downstairs protected from the sun. A number of differences, product of consistency.

Every gesture seems to lead to an architecture with classic lines. A reinterpretation of the orders where the top of the elevations reminiscent of a classical pediment, sustained by brick pilasters. In this reinterpretation architects have used traditional materials of the architecture of the place, thereby establishing a strong link with the environment, as part of a whole. 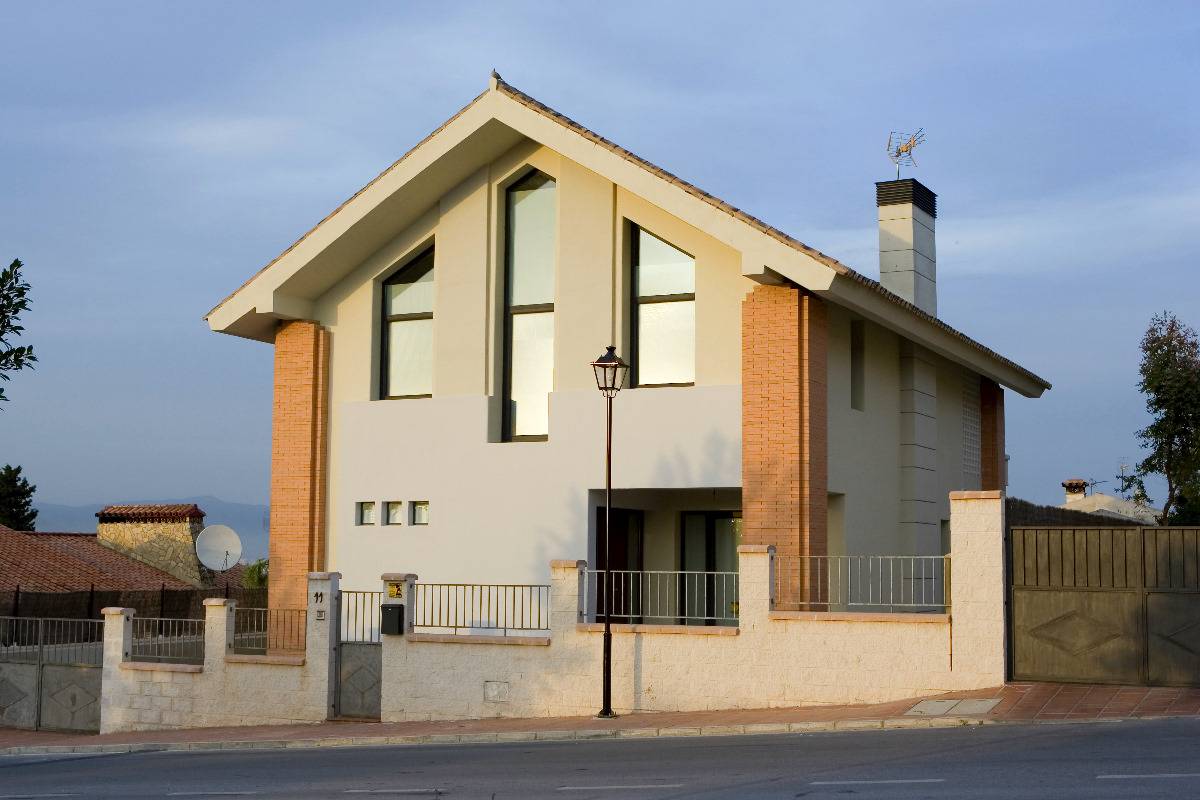 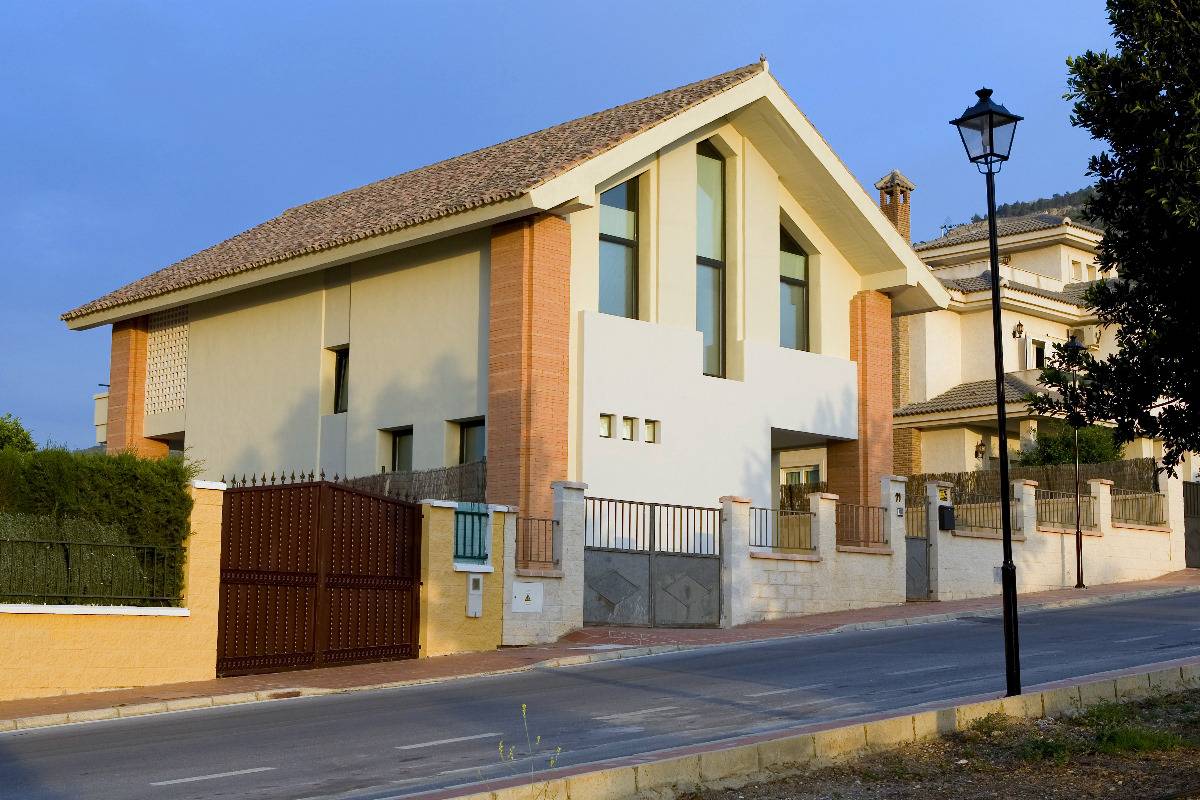 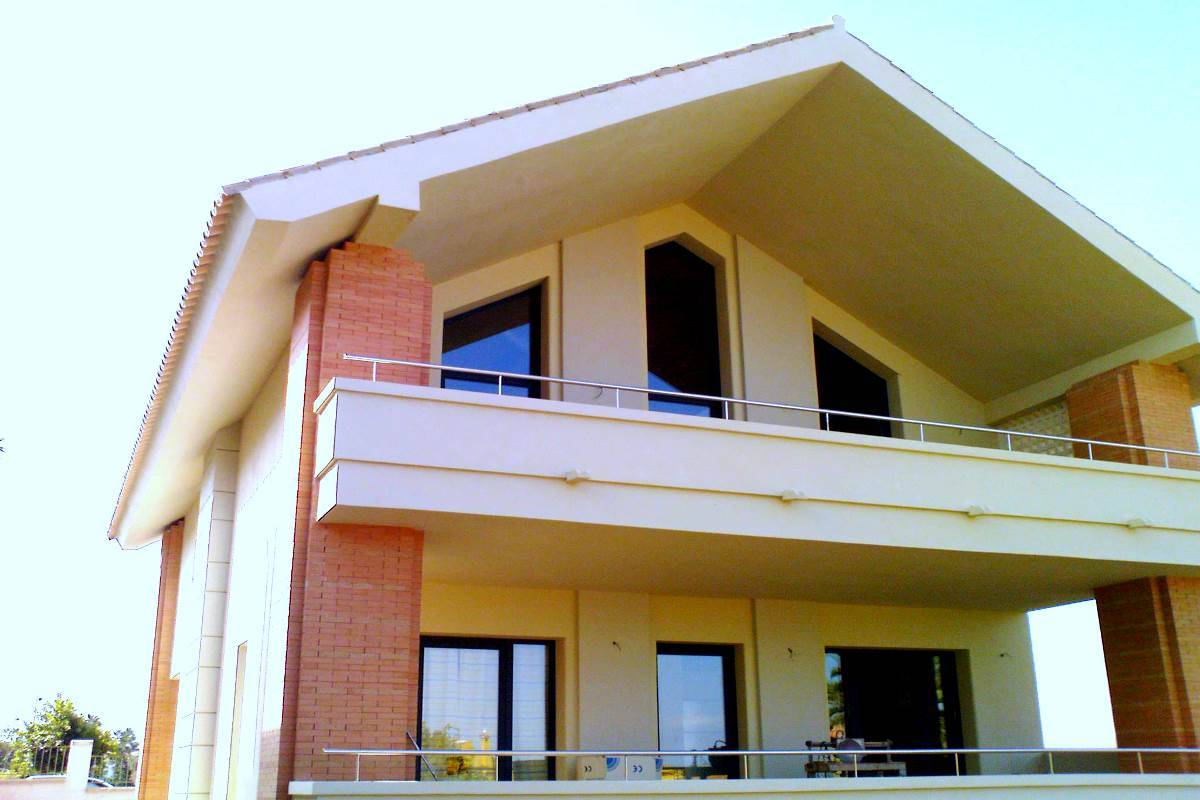 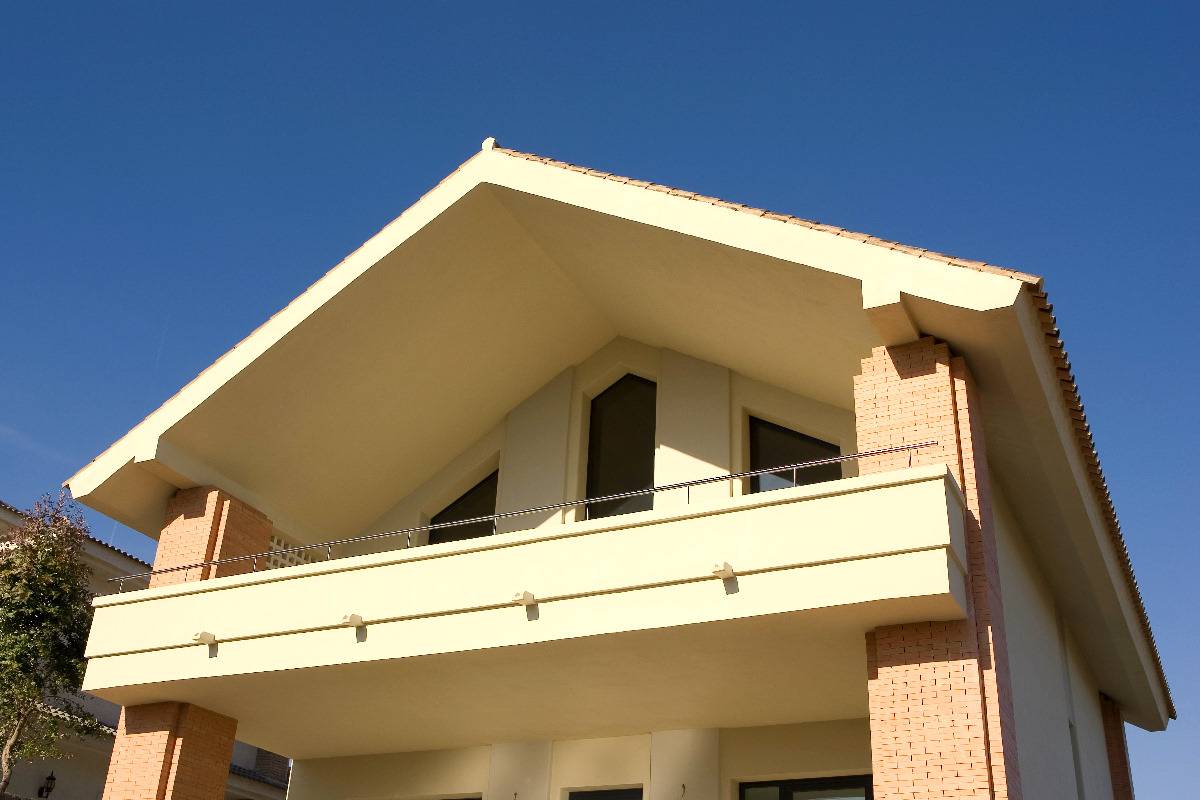 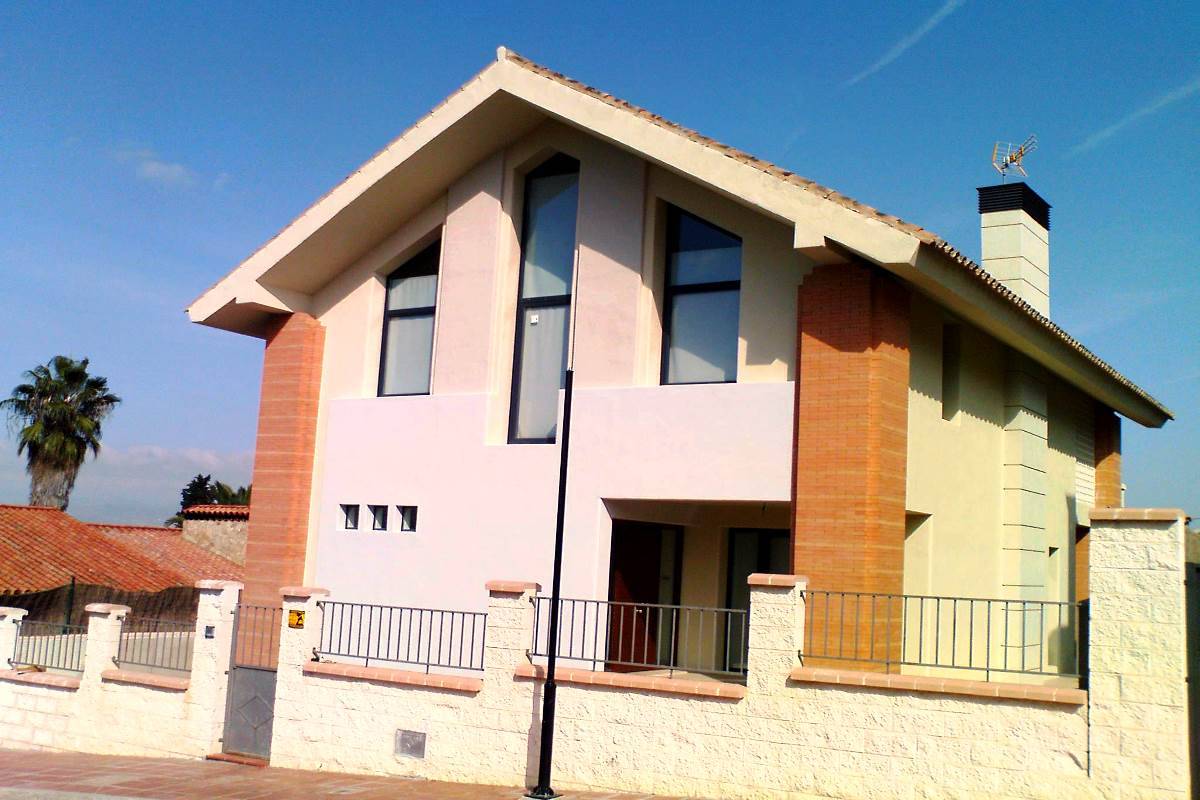