The hotel project for the city of Mexico proposed by this study, converts fantasy and architecture into the same concept. They go hand in hand in the development of this work. With the highest technical rigor and coherence, architects transform an idea into an elaborate project.

The proposal consists of three major elements. A large base of 3-storey building that provides strength to the assembly with a ventilated façade that filters the light despite displayed as a piece of great visual weight. A second element that makes up the main body of the hotel, with more than 15 story high, lodging the rooms and casts a sober and elegant image due to a large curtain wall. And finally, the piece that fills the complex movement: a belt constructed of prefabricated red parts that seem to surround the hotel and in some cases go through it.

From the deck and to the same ground level, down around the other two parts and even to the main entrance area. It serves as a unifying element of the project, conveying an image full of movement. In addition, attached to this piece, the architects have located a set of solar modulated with the same proportions as the prefabricated that compose it, providing a sustainable energy support to the hotel complex.

This project adds to a long list of works based on contemporary lines, designed from the most current and vanguard concepts. 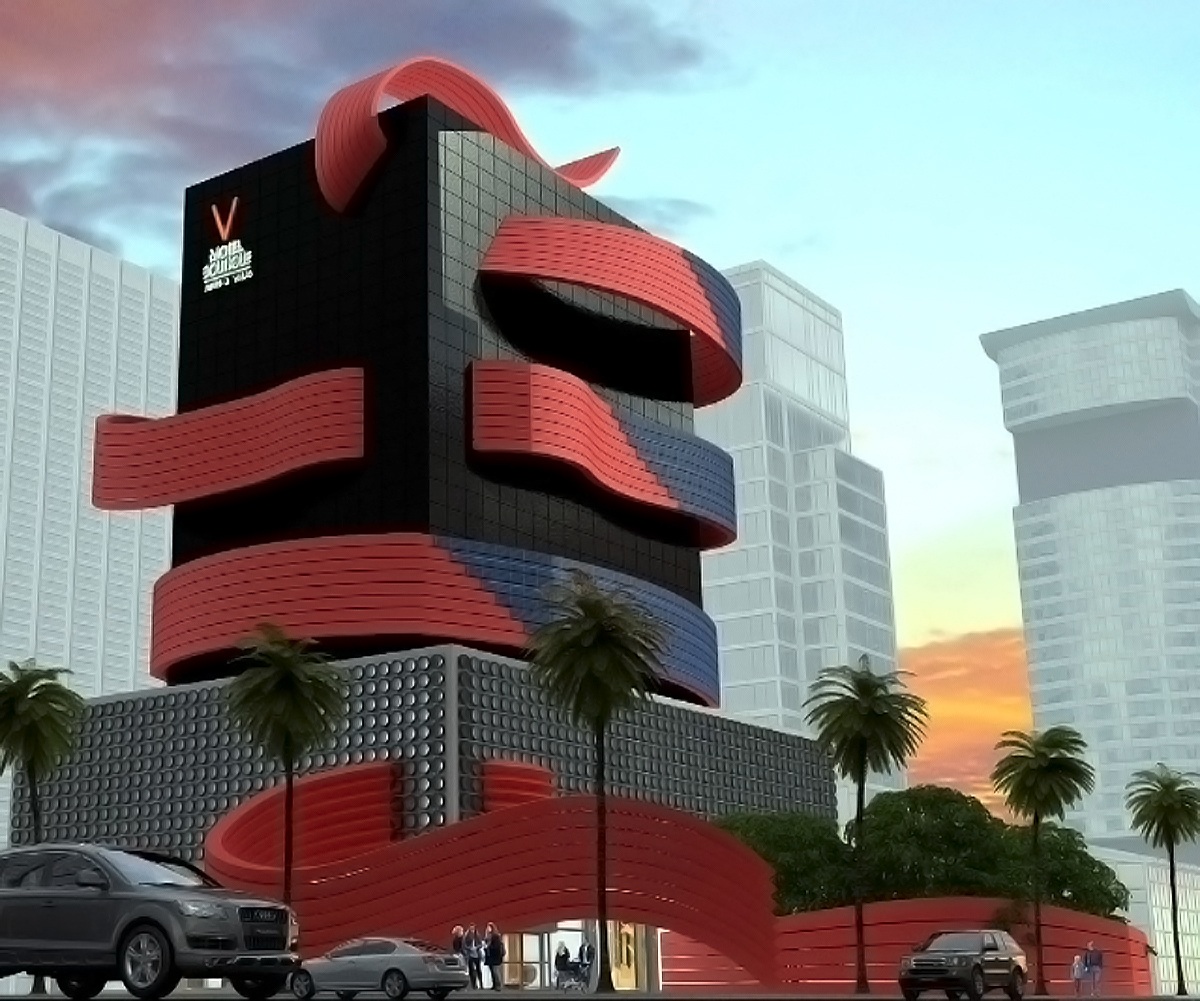