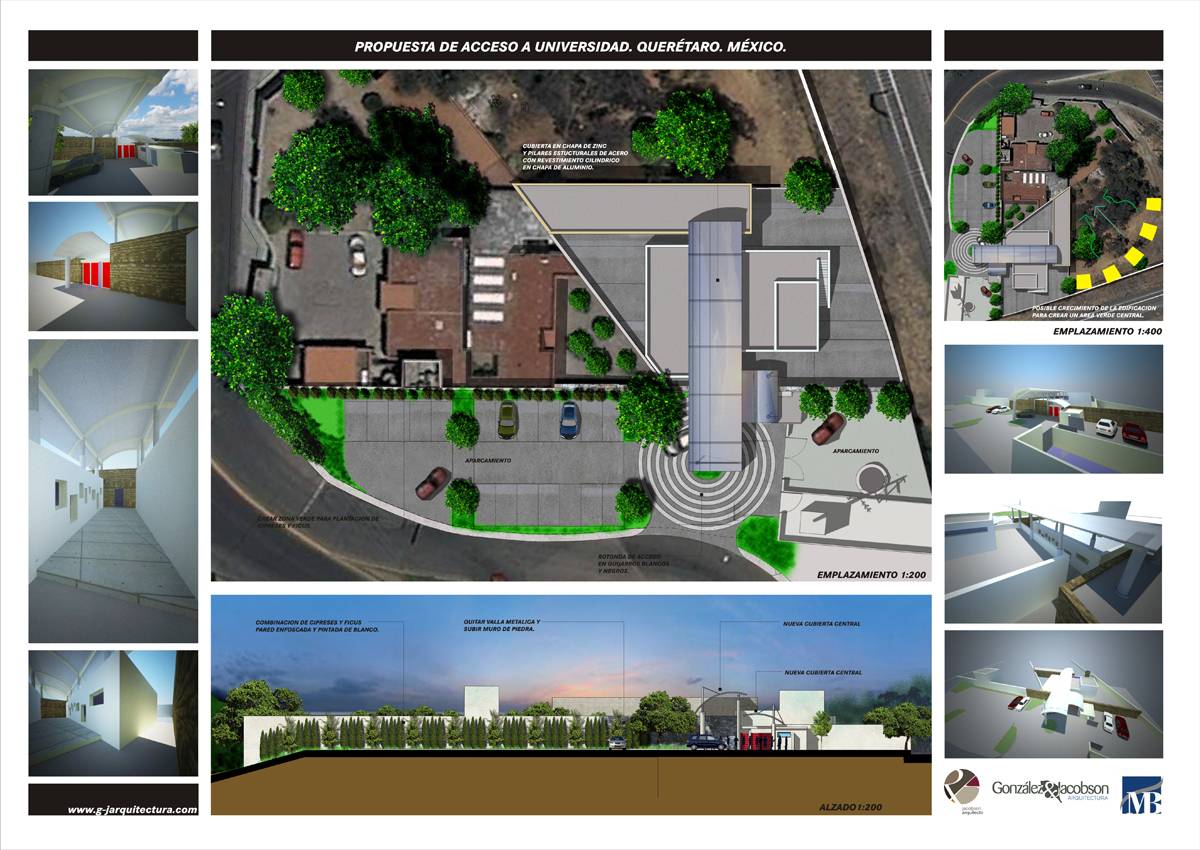 The constructed area of 3,500m². The development of this project given its complication was based on the improvement of the various existing zones changing the problems they present and taking advantage of some existing elements.

THE ARCHITECTS VISION IN MEXICO:

This project consists of a proposal to extend and access to an existing building located in Queretaro, Mexico . The idea is not only to bring physically a range of spaces and a new access, it also aims to contribute to a new conception of the complex, integrating it into the already built set and make it work better. The paths will to be more fluid, richer natural lighted transition areas and vegetation will be part of the whole. A different vegetation for each place, playing with heights and shadows. The most used trees are in this case cypresses and fichus.

When this architectural firm receives a project to undertake, the architects not only work in responding to the program, but also to look for ways to contribute in improve the overall image, with a total integration of design with the existing architecture. In this case we could say that this is a project oriented to commercial architecture.

This ability is given by an exhaustive and extensive experience in reform projects and expansions in different architectural styles. These architects have worked in countries like Spain, Mexico, Angola, Morocco and Norway, adapting to their culture and traditions without sacrificing the identity of their work. The sum of knowledge of different cultures has greatly enriched the architecture they perform, filling nuances and details that make it unmistakable. The study of environments and understanding of the persecuted concepts help to ingrain projects in each location.